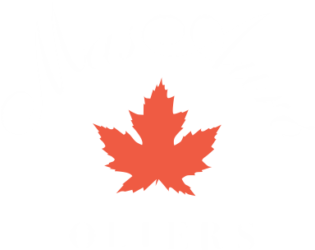 The olive is the fruit of the olive tree. It is a drupe, a stone fruit like the cherry or the peach. There are hundreds of varieties of olives. Large, small, round and elongated and almost all of them, when ripe, turn black, although there are some that turn white.

The olive is an extraordinary fruit because it is the only drupe that transforms sugar into oil. In addition to oil, the olive functions as a small and wonderful laboratory that produces more than 200 different compounds: some of which have anti-inflammatory and antioxidant properties, as well as pigments, vitamins, and a long list of etc. For example, if we taste an olive straight from the tree we will find it unbearably bitter and astringent. This is due to the high concentrations of Oleuropein found in the olive. When we process the olives in the mill, we extract these biophenols together with the oil, and they are transformed into a variety of derivative molecules, which help define the flavor and aroma, nutrition and other sensory qualities of the oil.

A well-known study known as the “Study of 7 Nations” revolutionized the food and health industry by discovering that people who came from olive oil consuming cultures lived longer than those who consumed other kinds of fats. Since then, many other studies have been conducted, which have brought more discoveries about the healthy attributes of olive oil, particularly driven by the action of its biophenols.

The healthier and more nutritious olive oils have a higher content of biophenols, and they are easily discovered by their slightly bitter flavor and slight tickle in the throat. These same characteristics will also make the dishes we cook or consume more interesting.

A bit of prehistory.
The exact moment and place of origin of the olive is unknown, but it is suspected to have emerged from where the first Homo Sapiens likely appeared. It would be very poetic if the emergence of both were related. Perhaps, at the beginning, our nomadic ancestors ate the wild olives fruit when they were dry raisins, when they had lost their bitterness, and could benefit from the rich caloric contents of the olive. A few thousand years later, with the rise of civilization, they might have realized that the oil squeezed out of the olive could be kept and preserved, it might have helped to preserve other goods. Possibly as a result, they might have built the first crude mill, to extract the oil. All conjecture, but why not?

A bit of history.
The thousand year-old technology of milling olives and pressing the oil from the olive paste has traveled down history almost unchanged. In the past century, the only changes came from the source of power used, from human, to animal, to mechanical power. But the old stone mills were still used to crush the olives, and the same presses used to extract the oil.

As a result of the “Study of 7 Nations,” though, the biology and production of olives and olive oil became the subject of many scientific studies on every conceivable aspect of the olive, which led to the discovery of its minority components, as well as how the production processes determine the chemical and organoleptic characteristics of the oil obtained.

This created a momentum towards modernizing the methods and machines used for obtaining extra virgin olive oil.

In any case, there is still much that we do not know about the olive, and the extraction of its oil. The olive, with its biochemical load still hides a lot of its mysteries.